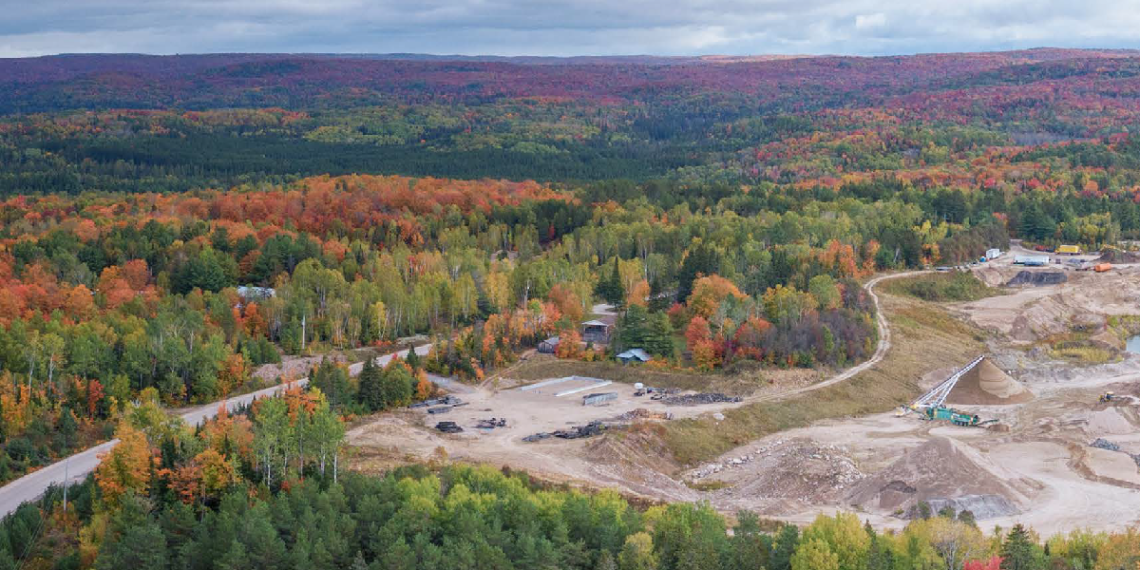 Canada has been a leading destination for minerals explorers for hundreds of years, dating back to the gold rushes of the mid to late 19th Century. The country remains one of the hottest places to hunt for minerals, ranging from gold to the critical minerals heavily in demand today.

The most recent Fraser Institute Annual Survey of Mining Companies has Canada placed a close second in top exploration destinations in the world, with Saskatchewan second, Quebec sixth, and Yukon ninth as the amongst the top 10 most attractive mining regions across the globe.

New figures from Natural Resources Canada (NRC) are tipping the recent exploration surge in the country to continue. The NRC’s preliminary figures for 2021 indicate that mining and mineral exploration companies spent C$3.6B on exploration and deposit appraisal projects in Canada, compared with C$2.2B in 2020.

It is forecast that 2022 expenditures will rise to C$3.7B – an increase of about 3% based on reported spending intentions. Other numbers of note from the latest NRC report found that exploration and mining companies that have their headquarters in Canada accounted for the largest portion of worldwide non-ferrous exploration budgets, reaching 38% in 2021.

Canada was also amongst the world’s top destinations for non-ferrous mineral exploration in 2021, attracting 19% of global exploration budgets.

The NRC says the recent growth is coming off the back off the drop off in spending in 2020, largely due in part to a protracted period of lower commodity prices combined with the challenges imposed by the COVID‑19 pandemic.

The subsequent rise in mineral and metal prices, the rollout of vaccines, government stimulus, and an anticipated increase of the demand for metals for the green transition combined to propel spending to a nine-year high in 2021.

Spending on mineral exploration and deposit appraisal activities is anticipated to increase by 3% in 2022 to reach a total of C$3.7B as economies continue to reopen following the latest wave of COVID-19, and as prices for many minerals and metals continue to climb due to the economic uncertainty and the market disruption caused by Russia’s invasion of Ukraine.

Following an impressive 62% surge in exploration spending for precious metals (i.e., mostly gold) in 2021, spending is anticipated to slide by 5% in 2022, falling to a total of C$2.4B, which remains a historically high level.

Surface diamond drilling increased significantly by 66% in 2021, from 3.7M to 6.3M metres, because of an increase in drilling by junior exploration companies for precious and base metals.

Gold will remain the leading commodity sought, accounting for 61% of the total in 2022. Exploration and deposit appraisal expenditures for base metals increased by an impressive 91% in 2021, reaching a total of C$737M, and spending is expected to increase by another 15% in 2022. Spending for all other commodity groups is expected to increase in 2022 except for coal and iron ore.

The CRA forecasts exploration spending is set to increase for most jurisdictions in 2022, apart from Nova Scotia, Quebec, and Nunavut. Ontario is expected to regain its status as the leading jurisdiction for exploration and deposit appraisal expenditures ahead of Quebec in 2022.

An anticipated 8% increase in exploration spending by junior companies in 2022 should offset a planned decline of 4% by senior companies. These trends would extend the increase of the portion of spending attributable to junior companies from a recent low of 42% in 2019 to 58% in 2022.

The CRA says Canada is primed to capitalize on the rising global demand for critical minerals and materials that will power the clean energy transition and advanced manufacturing. Canada is a key global producer of copper, nickel, and cobalt and hosts advanced mineral projects for rare earth elements, lithium, graphite, and vanadium. Canada plans to leverage its strong environmental, social, and good governance credentials, and mining prowess.

The CRA noted that Canada is well known for its large contingency of junior companies, which usually have no operating revenue and rely on equity financing. They tend to be small and flexible, and to specialize in higher-risk, early-stage exploration activities. While some junior companies may decide to develop a project on their own or with a partner, senior companies (producers) are traditionally more likely to bring a mine into production.

In 2021, junior exploration companies accounted for 76% of the active projects in Canada and for 82% of the project operators.

“Policymakers in every province and territory should understand that mineral deposits alone are not enough to attract investment,” added Ms Aliakbari.

In the Fraser Institute survey of top mining investment destinations, Saskatchewan continued to be on the podium, going from a rank of third in 2020 to second this year.

This report ranks 84 jurisdictions around the world based on their geologic attractiveness (minerals and metals) and government policies that encourage or discourage exploration and investment.

Saskatchewan ranked in the global top three for the fourth time in five years (having jumped from third in 2020 to second in 2021), followed by Quebec at sixth, and the Yukon (also jumped from 18th last year to ninth this year).

Yukon returned to the top ten most attractive jurisdictions – for the first time since 2018 – due to the territory’s solid mineral potential and recent perceived policy improvements. Ontario’s overall investment attractiveness ranking improved this year (20th in 2020 to 12th in 2021) largely driven by its improved policy performance on regulatory factors.

Conversely, British Columbia continued to perform poorly on the policy front largely due to investor concerns over disputed land claims and protected areas.